Across America and around the world, millions of people are making the conscious decision to eat less meat and dairy. Whether their choices stem from concerns about personal health, animal welfare, climate change, or all of the above, a growing contingent of consumers is opting out of meat and other animal-derived products. In turn, they’re supporting a burgeoning market for plant-based alternatives. A bevy of manufacturers, including upstart brands as well as long-established industry leaders, are looking to capitalize on the trend with a widening range of plant-based offerings, from imitation burger patties to almond milk and vegan skin cream.

While it’s a development many consumers welcome, they may also find themselves confused by inaccurate or inconsistent product labeling (the term “plant-based” is not yet under FDA regulation). As with other food categories, consumers of plant-based products need a reliable way to know what they’re buying and eating. At the same time, businesses need a way to back up their claims and differentiate their products from competitors. For those reasons, SCS Standards recently developed the Certification Standard for Plant-Based Products (SCS-109) that aims to bring enhanced clarity and veracity to the marketplace.

For consumers, a good first step in navigating the market of plant-based products is to learn more about the nuances of terminology involved. What might seem self-explanatory at first can, upon further investigation, get a bit more complicated.

One common question is, “Do plant-based and vegan mean the same thing?” The short answer is no, not quite. Because the use of these terms is not regulated by the FDA, different groups may define them in different ways. But generally speaking, plant-based means the product is mostly derived from plants and contains no animal-derived ingredients. Vegan, on the other hand, means the product contains no animal-derived ingredients, but it’s not necessarily made from plants. Salt and baking soda, for example, are made from minerals. Therefore, one product can be both plant-based and vegan, but that’s not always the case.

Additionally, it’s important to note that any of these terms can apply to products beyond food and beverages. Plant-based body products, for example, could be used to replace the many lotions and soaps that contain tallow (which is made from animal fat). An example of a vegan product that is not plant-based would be synthetic leather made from polyurethane.

Even though overlapping product claims may puzzle some consumers, it hasn’t stopped them from embracing the benefits of plant-based products. A 2021 report by Bloomberg Intelligence stated that the plant-based foods market could make up to 7.7 percent of the global protein market by 2030, with a value of over $162 billion.

Not surprisingly, plant-based products have gained popularity among vegetarians and vegans who abstain from eating animals on principle. And many “reducetarians” who have cut back on their consumption of meat are buying plant-based alternatives for the perceived health and environmental benefits.

Dietary concerns aside, the plant-based movement has also gained a significant following among environmentally conscious consumers. According to a 2022 study from the Boston Consulting Group, animal agriculture is responsible for 15 percent of global greenhouse gas emissions, and investing in plant-based proteins can have a huge positive impact in terms of reducing greenhouse gases compared to animal protein sources. Put another way, buying plant-based products supports the world’s fight against climate change.

Why Certification is Important

As the array of plant-based offerings continues to grow, businesses and consumers are increasingly turning to product claims that are verified by a credible certification body.

Achieving voluntary certification allows companies to prove that their products are plant-based and animal-free, as advertised. In recent years, providing such proof has grown even more necessary, because advanced food science has produced many products that could easily be mistaken for real meat or dairy. Third-party certification also helps companies distinguish their goods from competitors who make unsubstantiated product claims (a practice known as “greenwashing”) hoping to cash in on the plant-based market.

Furthermore, given today’s complex global supply chains, even companies with the best intentions may be unaware of animal-derived ingredients or other non-conforming inputs that would negate their plant-based claim. A strong certification system involves a highly trained third-party assessment body to investigate every step in the supply and manufacturing process and help companies verify their products’ legitimacy.

Ultimately, certification enables companies to market their products with pride, and gives consumers a recognizable symbol by which to make informed and confident buying decisions.

Why SCS Developed a New Standard

Manufacturers seeking plant-based certification can follow one of several paths, as multiple organizations have developed their own certification standards in recent years. Companies should note, however, that not all standards are created equal; some involve a more extensive audit processes and set higher thresholds for qualification.

For example, beyond examining the products themselves, the SCS certification process includes a review of facilities, in which auditors investigate manufacturing processes, sanitation and storage procedures, and critical control points that may result in cross-contamination from animal products. Moreover, to meet the SCS standard, products must be made from at least 95 percent plant-based ingredients. By comparison, other plant-based certifications set lower thresholds, such as 90 percent threshold.

Worth the Extra Effort

While a less stringent certification might be easier to achieve, taking shortcuts is rarely a recipe for success in the food business. On the contrary, companies that commit to the highest standards of quality usually come out ahead in the end. By ensuring their products are truly worthy of the plant-based badge, food manufacturers show respect for consumers’ right to accurate and transparent food labeling. More than that, they position themselves for long-term business success in a rapidly growing and highly competitive field.

If you enjoyed this article, be sure to SUBSCRIBE to be alerted whenever we publish new articles. 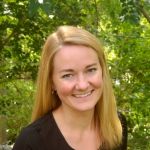